by Small Things On Sundays 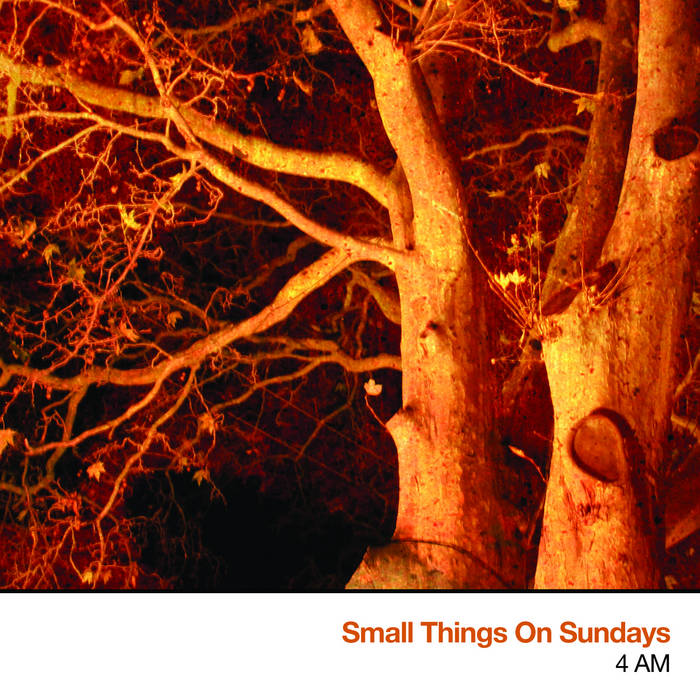 ”4 AM” is the first full-length release from the danish duo Small Thing on Sundays.
The members’ interest for music and vinyl records led to the formation in 2005, starting with free improvisations with electronic treatments of vinyl records in any tempo. Since then, Small Things on Sundays has refined their signature sounds, and added more sound sources. The duo works with different stylistic challenges in periods of time. Prior to Small Things on Sundays, both members have made music in various constellations - Henrik Bagner played in a free-structure noice-guitar band in the 90-es, which unfortunately never left the rehearsal space, and Claus Poulsen has been playing since his childhood in various bands, the best known is the noise-ensemble Alarm112.

“4 AM” came from a string of sessions using vinyl records at very slow speeds and detuned guitars played with a violin bow. This produced a string of organic, multilayered dark ambient tracks. On muliple playbacks, the listener will dig deeper into the layers of the music, exposing new details.
The title refers to the blurred line between night and day. Did you suddenly wake up or are you still in a dream? Perhaps the sounds will take you to a place of daydreaming. A movie soundtrack for your own inner film.
An other reference to the title is, that this is the hour of the day, where human activities are at a minimum. Surroundings are cast in darkness, but where will be a residue from human-made sources or the faint light from nature. And if you look up you will see a starlit sky or the white smoke from the nearby power plant. So perhaps we are romantic realists?

To investigate further into the sounds of ”Small Things on Sundays” you can approach:
www.smallthingsonsundays.dk
www.myspace.com/smalthingsonsundays