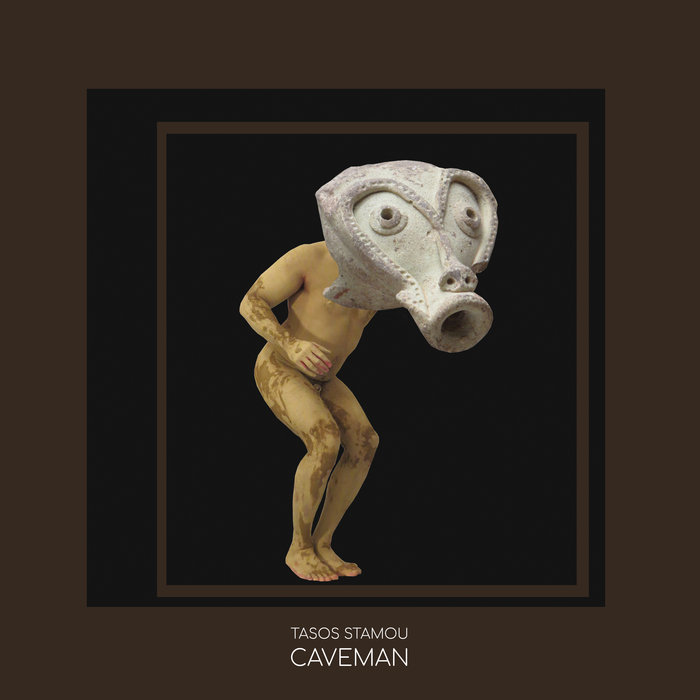 “Caveman” is a recorded representative sample of Tasos Stamou’s live sound. Both tracks are complete extracts of improvised solo performances using his portable electroacoustic music studio. Both tracks have been carefully selected for their sound and narrative qualities, also taking in consideration the blend between acoustic and electronic elements.

The album’s titles reveal an additional interpretation to the music, being inspired by two prehistoric ancestors who lived in caves during the same period of early mankind.

During a decade of sound performances and recordings, Tasos Stamou has developed a unique style of live electroacoustic composition. Long and continuous pieces are created on stage or in the studio using a “portable electroacoustic music studio”. His gear consists of acoustic (prepared zither, reeds, recorders, objects) and electronic instruments (handmade electronics, modular synthesizer systems and live processed feedback loops). Based on sustained tonal textures and free improvised instrumental solos, his live compositions create a particular and unique atmosphere of ritual noise.

Although his music is inspired by different contemporary and traditional genres (free improvised music, musique concrète, noise & drone, folklore and ritual/tribal music) his main influence is personal states and experiences of the sonic environment, such as early childhood memories (“Infant”, 2007), the loss of a beloved person (“The return of the long lost one”, 2013) or the experience of a rural festivity (“Koura”, 2016).

Tasos is also developing a series of visual art; showing his work at occasional exhibitions/installation shows and illustrating media.