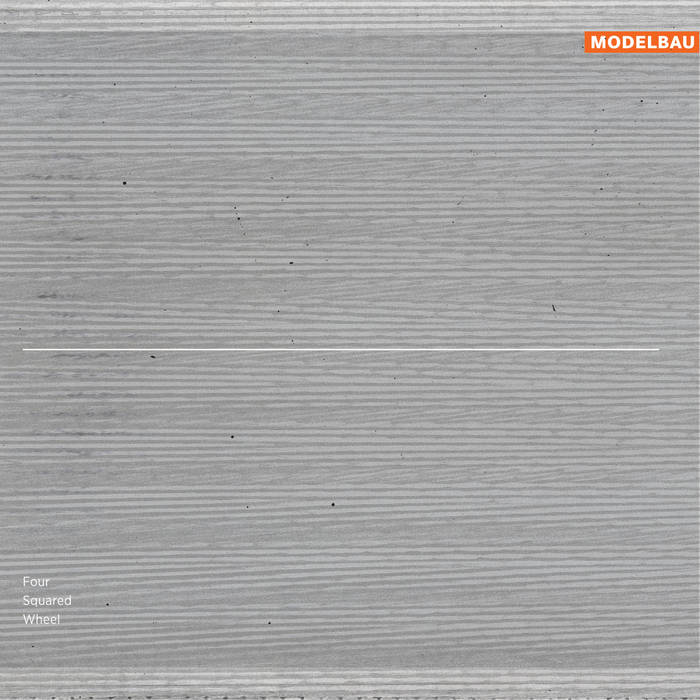 Modelbau is one of the many names Frans de Waard (Kapotte Muziek, Goem, Wieman, Freiband, etc) uses for his music. Moving Furniture Records is proud to release the first proper CD by this project after many tape releases and a couple of CD-R’s.

Frans de Waard in his own words about Four Squared Wheel: Somewhere in 2012 I had the idea that it was time for that all needed change, having played around with laptops for a decade or so. Actually it was something that was in the air for some time, as I already used cassettes in my work with Kapotte Muziek and in some of my solo concerts. With Modelbau (and yes, that is a deliberate misspelling of the word) I set a few parameters, such as using many cassettes, small synthesizers, little to no laptop and recorded as much 'live' as possible, plus to do only digital releases. Some of that still goes, but the digital releases only went out of the window pretty quickly. In 2012 I played a concert as Modelbau, carefully planned into a fifteen-minute composition and released the first (digital) album. Other work came along and I didn't do much again as Modelbau, until in June 2014 I got various offers for solo concerts and while preparing those, I had a bunch of material recorded, which was released by various labels on cassette (Barreuh Records, Lichtung). During one of these rehearsal/recording sessions I picked up some guitar effect, which was in my way and thought it would be good to use that also in the set-up. Since then the palette seems to be complete; while preparing for concerts I record everything and select pieces from that to be released, with little to no change, save for doing a better beginning or ending when needed. In that respect the almost one hour long 'Four Squared Wheel' is a bit of a different work. It wasn't recorded as part of a rehearsal, but rather in a more elaborate set-up in my studio, using my Philicordia organ, a microphone, guitar amplifier, guitar effects, mixing various signals on the spot into this piece, while retaining that 'live' feeling. It has four distinct parts with considerable gaps of silence in between. They are intended to stay as such. 'Four Squared Wheel' is the most drone based/ambient recording by Modelbau to date, and not something that would be easily re-created in a live situation. As such it is quite a unique work.