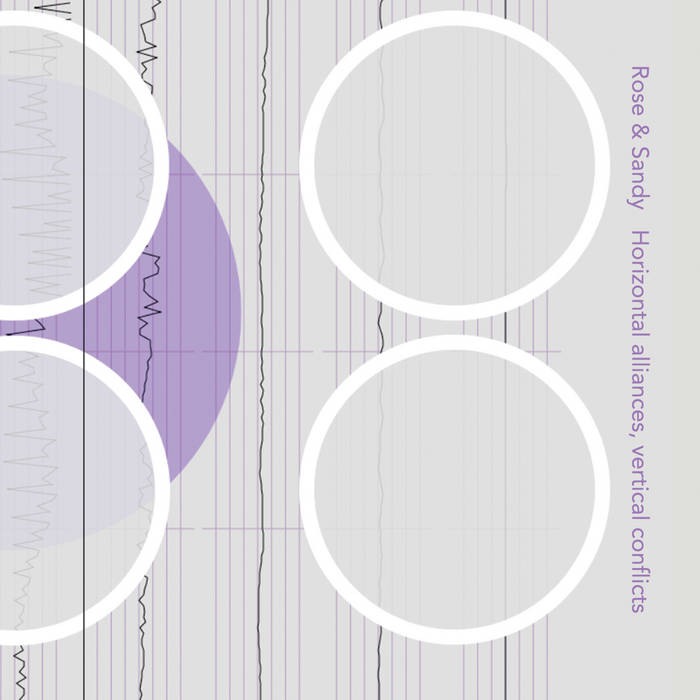 Nine threads.
Time in slices. Viewed from the side, events and relationships hang down in long, vibrating strings.
The motion of tiny lives, suspended from an unknowable sky and travelling through wire to reach the ground where they dissipate; taken together, a trembling chorus of lives.

Two lives, here. Nine years ago, things were simpler and more idealistic.
The first Rose and Sandy release took the sound of a sort-of-zither and strung it out into gaseous and lambent chords.
Almost sacred; devotional, even. And the narrative then, from within the Cat's Cradle; family, togetherness, belonging.
Two halves of a similar whole, filling a broader world with a self-doubting yet optimistic gaze into the future.

Nine threads later; entropy, change. Divergent paths, different viewpoints.
One idealistic, determined for art to mean something in times that require it. Pragmatic, concerned with seeing what's above and below and not just in front, so too with artistic practice and with society.
And the other emotional, introspective, closed - tempted to divorce meaning from structures in favour of the heart.
One strengthens the citadel of connections from before whilst the other leaves the city walls to place unfounded faith in the tempest outside; a small island, wracked by storms.
And with this, the sound too changes; split into nine spectral bands, and represented as nine strings to be stopped, changed, muted or amplified, the hidden highs and lows of the instrument (here an auto-harp sourced from the same ecclesiastical source as its predecessor, and again played and processed live) become sometimes cold, sometimes shrill, painful in intensity but at other times achingly familiar The lines and links of the patch and the fretboard suggest what links can be perceived, or built; and these seeds of thought can affect how and where those lines are drawn, understood and, hopefully, created or dissolved.

We ship at least once every 2 weeks on Saturday.
After shipping can take up to 2 weeks in EU incl. NL, outside EU, up to 4.

MF DOOM is given his flowers, plus appearances from MC Jada Imani and Stanley Ipkuss