Nobody Ever Escaped From There 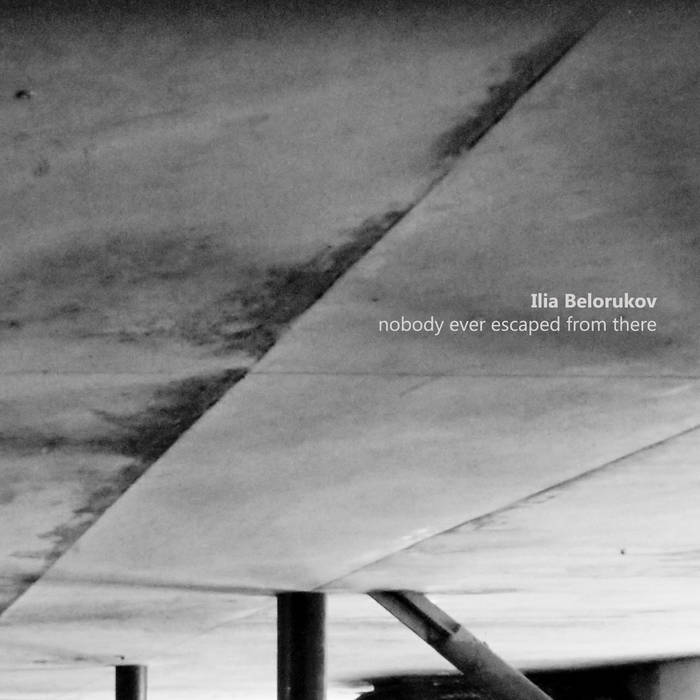 With "Nobody Ever Escaped From There" Ilia Belorukov returns with the follow up album to “There Was Hardly Anybody There” (Spina!Rec, 2016). Again he returns to electro-acoustic studio works, stepping outside his customary world of improvised saxophone.

In the new works for this album an important role is taken by the vintage electronic instrument “Evgeniy Sholpo’s variophone” (constructed by Boris Shershenkov). The variophone is a photo-electrical instrument for which you works by means of rotating cut-out discs which are recorded on film as sound. Due to the instability of this instrument the sound has a very natural sound to it, as well as a rich sound colour palette. This you can hear back in “At his side was someone” and “One never meets anybody”.
Other sounds sources are field-recordings recorded with different devices to capture different characteristics of the sounds (and recorders) which he combined with samples and synthesizers. With these different elements Belorukov composed the four works on this album with a focus on the lower frequency spectrum.

About Ilia Belorukov
Ilia Belorukov is a musician from Saint-Petersburg, Russia. He works in the directions of improvised, noise and electroacoustic music. He’s a member of different projects with local and foreign musicians. He collaborates with artists who work in other musical directions (from hardcore and metal to academic contemporary music); with dancers and painters; with theater. Ilia practices an experimental approach of sound extraction on alto saxophone with objects, uses electronics and other instruments. Also he is a founder of Intonema label (www.intonema.org) and one of curators of Spina!rec label (spinarec.bandcamp.com). Organizer of events in Russia, co-organizer of the SpinaFest and Teni Zvuka festivals in Saint-Petersburg. He writes reviews for his own blog on Syg.ma, was reviewer of Contemporary Music, Music & Time, Topot and GEZeta journals.