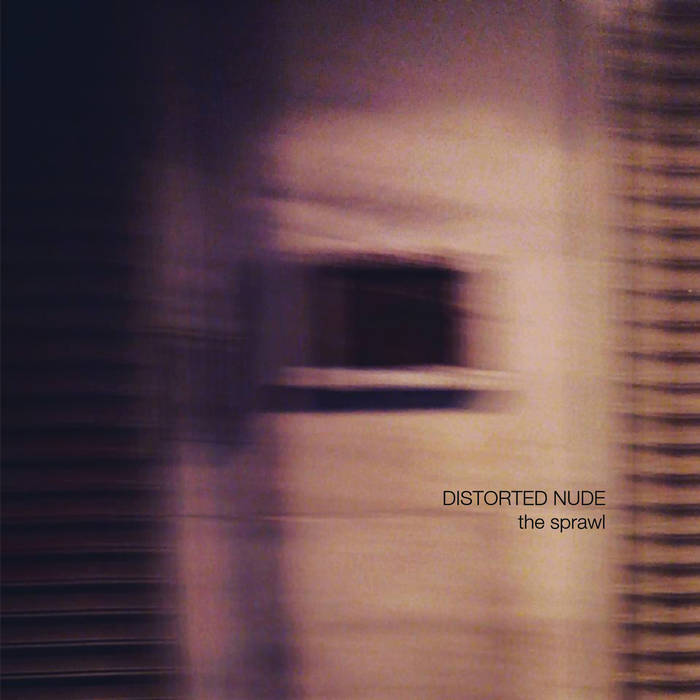 Distorted Nude is the new project of Glenn Dick who previously played as Find Hope In Darkness and is part of the experimental ambient duo Klankdal.
Where as Find Hope In Darkness his music was all computer based with some space for field-recordings, as Distorted Nude he has changed to using the guitar as instrument. For The Sprawl he improvised several sessions with guitar, effect pedals and laptop. These recordings were used as starting point to compose this one track album of contemplating drones.
In this new work he takes a step away from the ambient drones from his previous project, and explores for him new territories. Territories that fit well in the long and strong tradition of the Belgian underground scene of droning post-rock sounds. In this work he easily flows from dark melancholic sounds to more transcendental moments. Without any problem the music moves from contemplating drones to post-rock influenced soundscapes, with both knowing to grasp the listener’s attention and hold it until the last note.

About Distorted Nude:
Distorted Nude (prev. Find Hope In Darkness) is the solo moniker of Glenn Dick, based in Ghent, Belgium. As Distorted Nude he creates a mix between ambient, drone, field-recordings and guitar improvisations & manipulations. In his work he is inspired by the visual, word and sound. Aware of a social emptiness he tries to create an atmosphere in soundscapes, supported by visual aids.
In 2014, as 15 year old, he released his debut album “Locked So Tightly In Our Dreams” on Moving Furniture Records. This was followed in 2015 by the debut of his duo Klankdal, together with sound-artist Sebastien Crusener, on Wool E Tapes. In 2016 with Klankdal he also released a split CD with Empusae on Wool E Discs & Consouling.