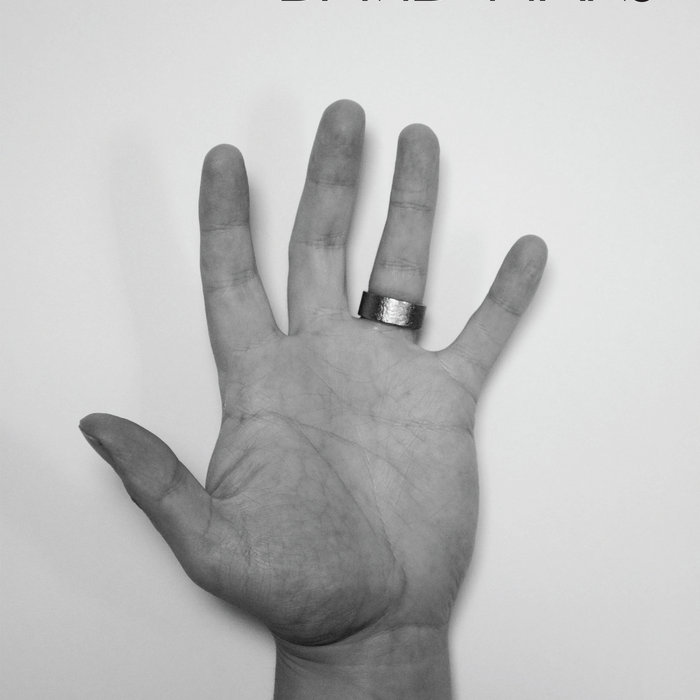 Trübhand was summoned in February of 2016. My wife and I were living in north Germany in exile at the time as a result of untenable UK visa policy. As someone who always has a strong reliance on landscape in my work, the absolute flatness of the area was further adding to my homesickness and feelings of isolation. At night, in the alien darkness, I would close my eyes and rend the landscape. I would summon great mountains, pulling up grassy slopes that gave way to jagged cliffs, dragging down the clouds to create negative space.

Trübhand, (loosely translating as Cloudy or Turbid hand) has multiple facets:
- The left hand and the right hand, two separate aspects of the same whole, discrete manifestations of the body into the physical or magickal realm.
- The popular idiom, ‘the left hand doesn’t know what the right hand is doing’, a process of improvisation, sculptural patching and allowing time to factor in large. Long, slow modulations unfolding in space, resonant structures rising and falling, trying to find definition within the apparent flatness.
- The feelings of occluded emotion, dullness and slowness of mind that can result in periods of depression.

Trübhand was recorded in Bad Zwischenahn, DE, in early 2016 using a small case of eurorack modules, a mixer and a couple of guitar pedals as two separate live performances to a zoom H4 recorder.

David Fyans
David Fyans is a Scottish artist with a deep and profound connection to sound, sculpture and the still and moving image. He deals in sound, ritual, performance, installation, text and still and moving images to convey the conceptual ideas behind his work. His main influences lean towards subconscious interventions, mysticism, psychology, psychogeography, extra-dimensional and liminal spaces and ruminations on time and our understanding of it.

David Fyans performs sculptural audio, ritual performance pieces and improvised works regularly along with both digital and physical releases as under his own name, and formerly as Erstlaub, on Broken20, Highpoint lowlife, Moving Furniture and CONV and has performed live in Germany, London, Brighton and throughout Scotland.

He currently lives and works by the sea in Arbroath, on the East-Coast of Scotland.