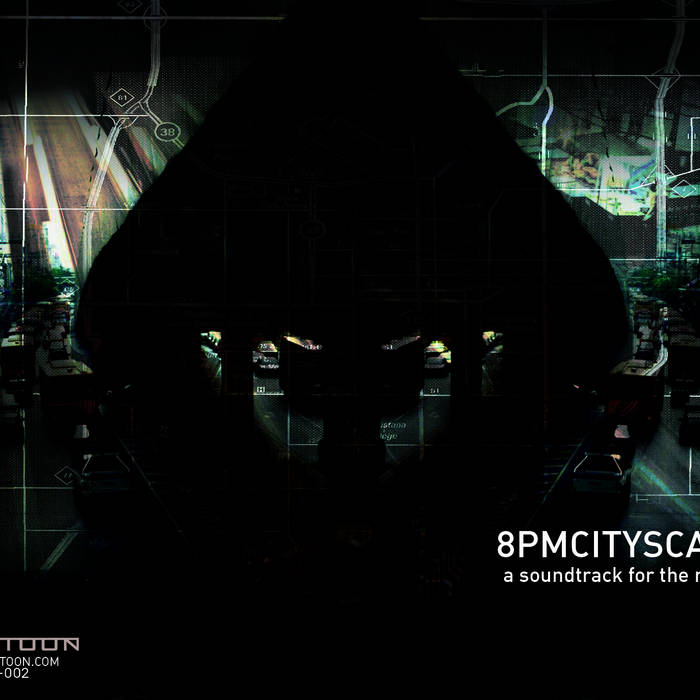 rainer eric Dark music too often deals with occult nonsense or with esoteric planet stories. This is dark music ... but here and now. Welcome at present age ... on Earth. Favorite track: Neonlights & Tickerlines.

THIS IS A DISTRIBUTED ITEM.

Many people have tried to understand the urban: scientists, architects, planners, painters, musicians, sculpturers and urban explorers.
I follow Bryne, when he says that understanding the urban requires an approach that surpasses disciplinary restrictions. I recorded 8pmcityscapes with that reason.
I consider the EP as a sonic laboratory that helps me to explore and understand the essence of the city at sunset.
It is supposed to supplement the many statistics, pictures, narratives and histories that describe the city.
I spent many years recording the sounds of the streets, its people, the concrete structures, highways and stations, busy squares and the empty warehouses.

The many field-recordings used at 8pmcityscapes are from, among others, post-industrial cities such as Rotterdam and Hamburg, but also from metropolis such as London and Bangkok. As this collection was building up, I wanted to transcend the level of merely collecting recordings. The next step was to make more abstract collages of recordings and sounds. Those collages or soundscapes are the foundations of 8pmcityscapes.
The final step was the write the soundtrack to complete the description of the essence of the urban: harsh and uncomfortable at times, bittersweet at other times, sometimes clear, sometimes incomprehensible; sometimes in the back, sometimes straight into your face.
It'is definitely not a pretty picture.

The homeless in graffiti-sprayed metro trainsets, the bag ladies, the prostitutes or the fanatic streetpreacher are as much part of the city as is beautiful architecture or nice parks. Indeed, I'm convinced that the construction of malls or the ferociously hunt for 'abnormal' people only create superficial boundaries between the real and the fake.
In the end: the city is what it is: big, harsh, cramped....

And very, very much alive.

We ship at least once every 2 weeks on Saturday.
After shipping can take up to 2 weeks in EU incl. NL, outside EU, up to 4.

MF DOOM is given his flowers, plus appearances from MC Jada Imani and Stanley Ipkuss